Time: 60 minutes (Additional time will be needed if students are constructing pinwheels.)

Essential Question:  How can we be stewards of Wyoming’s mineral and energy resources to benefit current and future generations?

Objectives: Students will explore balanced and unbalanced forces and their effect on the motion of an object by looking at the effects of varying “wind” forces on a pinwheel.

Purpose:  Students learn how wind speeds and direction in Wyoming affect a turbine. 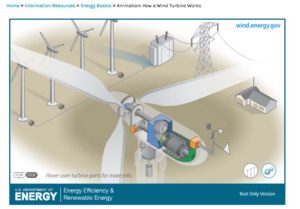 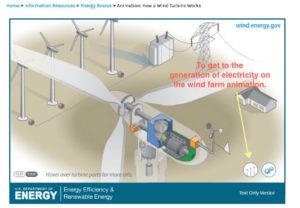 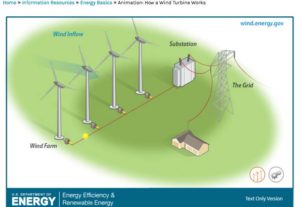 If you are able to acquire multiple fans and hair dryers, it will allow for more student access to the materials, thus allowing for more investigation time.

When finished discussing the conclusions, collect the students’ Predictions and Observations sheets, and pass out the Force and Motion check for understanding. This cloze activity is intended to help you determine if students understand the science content of the lesson. Any concepts that students are struggling with can be revisited in future lessons.

When scoring the check for understanding regarding the science standard, it is important that students are able to respond accurately to the second, third, and fourth statements. The first statement provides insight into students’ understanding of the lesson topic but is not intended to provide insight into 3-PS2-1.